The emerging trend in the global market that has recently been noticed is the development of SONAR systems based on open, interoperable designs that enable these systems' future capabilities to be merged into the same body. Additionally, the adoption of preventative defense measures and the growing utility in Anti-Submarine Warfare (ASW) is expected to boost the SONAR system market growth in the years to come.

Currently, there are two prominent types of SONAR systems present across the globe, namely Active SONAR and passive SONAR and their usage varies depending on the end-use application. However, they are extensively utilized in the processes such as the detection of fish, seafloor mapping, imaging, locating submarines, and underwater navigation, among others. 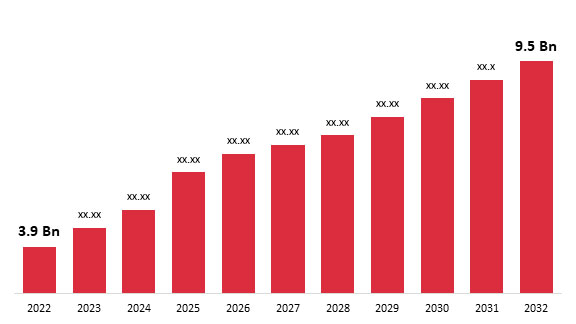 SONAR systems are used on military ships for multiple purposes, including diver detection, mine detection, seabed terrain analysis, port security, and anti-submarine warfare. For instance, in November 2022, the Defence Research and Development Organization (DRDO) of India opened a new testing and evaluation facility for the Indian Navy's SONAR equipment. This new facility at the DRDO's Naval Physical and Oceanographic Laboratory (NPOL) in Kochi, Kerala, and India, was announced by the Indian Ministry of Defence (MoD).

Similarly, governments across the world are expanding their defense resources in order to build warships and deploy nuclear submarines as a part of their military policies to fight terrorist attacks. This has also added fuel to the demand for SONAR systems in anti-submarine warfare (ASW) and preventative defense procedures. Therefore, the increase in military ship deliveries creates an ideal condition for the SONAR system market share to grow during the forecast period.

The SONAR system market is projected to grow due to an increase in the usage of unmanned underwater vehicles (UUV). The applications for underwater drones include ship hull inspection, mapping the ocean floor, underwater exploration, marine research, finding hydrothermal vents, and mining.

Moreover, underwater acoustic communication networks have several commercial and academic applications; yet they suffer a major economic hurdle as acoustic modems are expensive to maintain, which further restricts the market growth.

The market is expanding due to the increasing number of military ship deliveries around the globe. Military warships are rapidly scouting for sophisticated SONAR systems to achieve high levels of precision. This is primarily executed to assure safety and precise tracking, classification, and torpedo detection.

Some of the other uses of the system include diver and mine detection, anti-submarine warfare (ASW), seabed terrain exploration, and port security. Additionally, multiple SONAR systems are available and employed to conduct operations based on the type of vessel. For instance, corvettes and frigates use multi-static SONAR systems to identify enemy boats whereas submarines use passive SONAR systems to navigate in enemy waters undetected. However, the market is anticipated to be impacted by the expansion of existing navy fleets and military vessels during the forecast period.

Based on type, the passive SONAR system is projected to continue dominating the market over the estimated time period. As the world's oceans become more accessible and populated, it is more critical than ever to have reliable and efficient technology for identifying underwater items and activities. Active sonar systems, which emit sound waves and listen for echoes, have been utilized for this purpose for a very long time. However, these systems can be expensive to operate and maintain and disturbing to marine life.

For these reasons, there is a growing demand for passive SONAR systems that utilize sensors to listen to the ocean's ambient sounds. These systems are significantly less expensive to operate and have less impact on marine life. Passive SONAR systems are likewise becoming more advanced, with the capacity to detect targets that are smaller and quieter. In response to the growing demand for passive SONAR devices, businesses are investing in R&D to build more advanced and effective products. This is a positive development for the future of underwater exploration and detection.

Based on the installation, demand for hull-mounted SONAR is increasing at a significant CAGR due to the growing need for anti-submarine warfare capabilities among naval forces. It has been found that several naval platforms around the world are using hull SONAR as the primary underwater sensor. The product uses cutting-edge beam forming, adaptive signal processing, and information processing techniques. This aids in identifying, tracking, and classifying targets.

Based on application, the defense segment is expected to attain the highest demand for SONAR systems in naval combat as they have gained popularity to have better efficiency against mines. As the market experiences increasing product demand, several companies are actively producing sophisticated SONAR systems, such as hull-mounted systems, diver detection systems, and sonobuoys systems, among others, for the naval forces worldwide

In June 2021: Ashtead Technology invested about USD 1.20 million in a variety of EdgeTech SONAR imaging and underwater technology systems to upgrade its sizable equipment fleet. The EdgeTech 2050-DSS is the company's most recent offering that combines side scan SONARs and sub-bottom profilers two technologies that EdgeTech has been quite successful into a single, totally integrated system, this investment underlines the continuous dedication to the offshore energy business.

In February 2021: The French defense procurement agency (DGA) signed a Memorandum of Understanding (MoU) with Thales for the creation of a full SONAR suite that includes a variety of SONAR arrays and related processing technologies. The third generation of nuclear-powered ballistic missile submarines is being built on a full scale, and Thales has developed a new SONAR suite based on disruptive technology that significantly differs from the systems which are in use (SNLE 3G).

North America accounted for the largest revenue share and is expected to maintain its dominance throughout the forecast period, as there has been an increase in the research and development activities for the SONAR system upgrade by the leading companies in the United States and Canada over the past few years.

In addition, the market is experiencing an ongoing trend of purchasing existing equipment to enhance the nation's naval defense capabilities. In accordance with this, these nations have increased the number of both surface and submerged naval vessels, in addition to launching various development programs for submarines and other undersea vehicles.

For instance, the US government launched a shipbuilding plan in 2020 that calls for the construction of 82 new ships with an investment of over USD 147 billion. This expansion will be completed between 2022 and 2026 and is likely to have an impact on the SONAR system market. Product development in North America is also being fuelled by robust economic growth and a strong naval infrastructure.

The Asia-Pacific market has expanded tremendously as a result of rising government spending on naval fleet modernization, the development of new naval assets, and the enhancement of naval capabilities. In addition to increased military spending and domestic ship production in China and South Korea, the regional market has expanded rapidly. The number of ships delivered to Japan has surged recently. Consequently, a number of South Korean shipbuilding firms have integrated automated ship systems.

For instance, in November 2022, the People's Liberation Army Navy (PLAN) enlarged its naval fleet in China. In addition, the nation has a great emphasis on increasing its anti-submarine warfare capacity from coastal to blue ocean operations, which is projected to fuel the market expansion for SONAR systems.

Asian nations are also concentrating on strengthening their naval armies and spending money on SONAR devices and other anti-submarine warfare gear to increase visibility and situational awareness in the seas. Additionally, developing nations in the Asia Pacific region are increasing their spending in the naval sector to purchase brand-new gear outfitted with cutting-edge technologies.

For instance, in February 2022, the Indian government increased the navy's capital budget by 45% in order to purchase cutting-edge equipment and new platforms. A significant amount of capital spending is allocated to the modernization of the navy, which consists of submarines, ships, and related equipment. This component is positioned to facilitate the incorporation of SONAR equipment into vessel sales in the region. 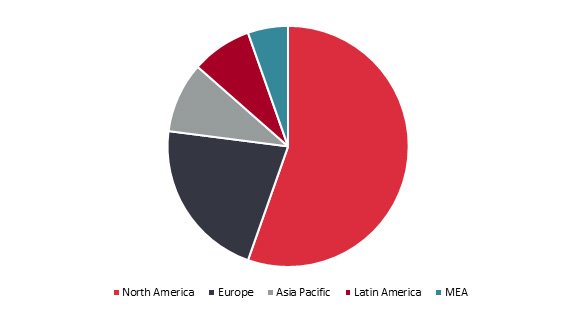 The global SONAR system market is segmented as follows:

The global demand for global SONAR system has been heavily influenced by the trends and growth patterns and associated applications across commercial and military applications.
Global SONAR System Market size is projected to grow from USD 3.9 billion in 2021 to USD 9.5 billion by 2030, at a CAGR of 4.7%.
North America is dominating the market share of global SONAR System Market owing to the increased defense expenditure and the strong naval infrastructure favoring on the regional manufacturing of SONAR System Market.
Lockheed Martin Corporation, L3Harris Technologies Inc., Thales, Kongsberg Maritime, Northrop Grumman, Teledyne Technologies Incorporated, Raytheon Technologies Corporation, ThetaRay, FURUNO ELECTRIC CO.,LTD., NORBIT ASA, amongst others.