The aviation refueling hose is used to fuel and refuel commercial and private aircraft. It is capable of handling both jet fuel and higher-grade aromatic aviation gasoline. Because of its high operating pressure, it can be used in gasoline cart hydrant service. The ability of these technologies to refuel aircraft both on land and in the air while on a flight path, as well as a large reduction in flight route downtime, bodes well for industry growth during the forecast period. The expanding market size of the aircraft refueling hose market is due to a few major breakthroughs in aircraft refueling hoses, such as upgraded materials and better fire-resistant features. 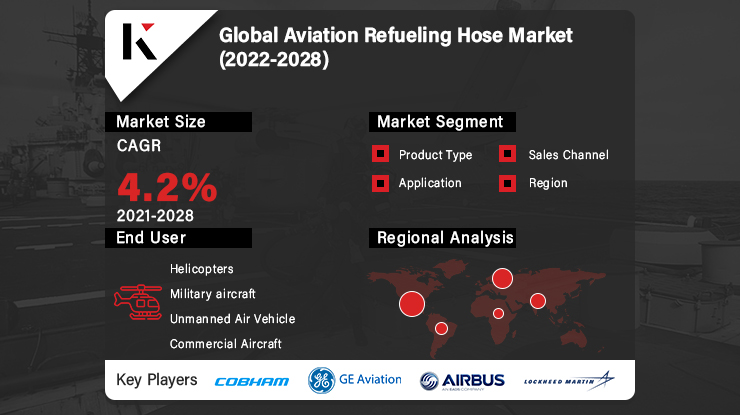 COVID-19 has had a significant impact on worldwide economic activity, requiring individuals, organizations, governments, and enterprises to adjust to the problem. The spread of COVID-19, as well as the subsequent lockdowns and distribution network disruptions, has had a negative impact on the aerospace and defense industries, leading future defense acquisition and maintenance projects to be halted or delayed. Restrictions and temporary halts in aircraft manufacturing have had a substantial influence on the aircraft refueling hose industry, although the impact on the aftermarket has been comparably modest due to the fundamental maintenance and monitoring requirements of combat aircraft.

Advances in technology, along with strict regulatory requirements, force industry participants to invest in R&D on a regular basis in order to increase their revenue share. Industry players are constantly investing in innovative technologies and collaborating with scientists and research organizations to develop advanced systems and grow the aircraft refueling hose market. In 2016, Russian scientists reported the creation of an improved laser refueling system capable of refueling planes and small satellites. These technologically advanced activities boost the aviation refueling house market growth during the forecast period. 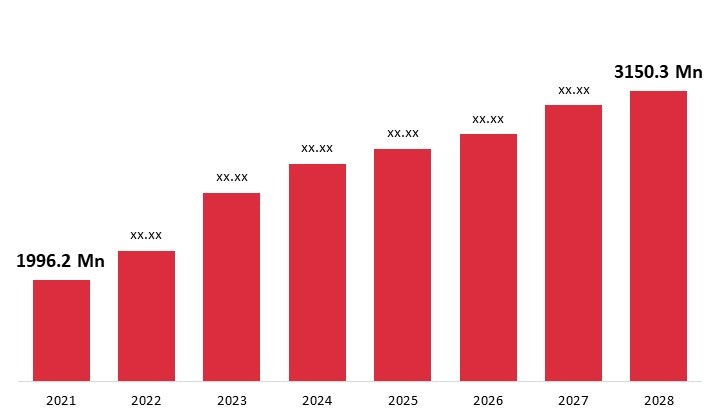 Increased tourism across the globe will improve demand for aviation and, as a result, demand for aircraft refueling hose will rise. Helicopters will see a significant increase in market size as the use of Helicopter In-Flight Refueling (HIFR) systems becomes more common. Moreover, the increased demand for helicopters is being fueled by an increase in the tourism industry.

Furthermore, rising helicopter applications in various industries, such as oil and gas and mining, as well as the installation of refueling hoses for greater reliability and higher fuel flow assurance, will propel the market growth during the forecast period.

Military aircraft are developed in such a way that they can withstand a significant quantity of external air pressure while moving at a high speed. Air-to-air refueling allows aircraft to stay in the air space area for longer periods of time, allowing for prolonged voyage operations. The fighter jets have a unique fueling system that allows for a modest fuel flow rate to prevent leaks and damage. For accurate mid-air fuel transfer and a compatible receiver end in the jets, a separate refueling system in the tanker plane is necessary. This installation approach is costly, but it allows for lower maintenance expenditures over time. These factors are expected to limit the market growth during the forecast period.

North America is the largest market for aviation refueling hose due to the increased defense spending, and acquisition of modern aerial refueling systems for various military uses, in addition, prominent competitors such as GE Aviation, Eaton Corporation, Lockheed Martin, and others would fuel the market growth in this region.

The Asia Pacific is the second-largest market for aviation refueling hose due to China, Japan, India, and Australia are increasing their military and defense investments. The regional market will grow due to an increase in the procurement of aerial refueling systems for strengthening the military fleet as a result of increased border crossing, insurgencies, and terrorism.

Europe is the third-largest market for aviation refueling hose due to the presence of major market players such as Safran, Cobham, Marshall Aerospace and Defense, and others are driving the market's expansion throughout Europe. Denmark's first F-35 fighter plane began assembly at the Lockheed Martin factory in August 2020. Denmark will buy 27 all-new planes between now and 2026.

In the Middle East, rising terrorism, and the use of more planes in military operations are expected to increase demand for these systems. The expansion of the market in the rest of the world is attributed to increased demand for tanker jets for defense applications, which will fuel market growth between 2021 and 2028.

February 2021- the Israeli ministerial committee approved the purchase of F-35 fighter jets with ammunition and KC refueling aircraft from the United States. The deal includes the purchase of four new refueling planes to increase the size of the air force's fleet.