The global On-board Charger Market generated a revenue of USD 4.76 billion in 2022 and is projected to attain a market valuation of USD 14.27 billion by 2032 at a CAGR of 14.71% during the forecast period 2023-2032 driven by the growing demand for electric vehicles, supportive government policies, and the need to reduce carbon emissions.

The primary factor behind the rapid growth of the market is the high cost of charging an electric vehicle at commercial places and public charging stations such as charging points, highways, malls, and commercial parking spaces, among others. As a result, the market is witnessing a prominent shift towards onboard chargers to reduce costs.

Our analysis of the on-board charger market report shows that it is a highly fragmented market, with a large number of small players. The top five companies account for only around less than 30% of the total market. A number of countries have introduced policies and incentives to encourage the adoption of electric vehicles.

For example, the government of China has introduced a subsidy policy that covers some of the cost of an onboard charger. The need to reduce carbon emissions is another key driver of the market.

The global increase in AC private and public charging stations is one of the major factors driving the market's development. The AC level 1 on-board charger, which can be put in standard outlets, is used by all varieties of EVs. In accordance with the requirements of the car, it controls the charge from an AC charging station. 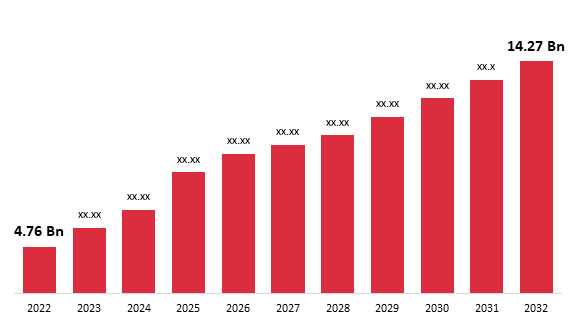 As per our findings, a large number of private players and governments are focusing more on installing AC charging stations to reduce costs and improve their overall charging infrastructure. For instance, installation of a level 2 residential charger typically costs around USD 1,500, which also includes improved electrical utilities required for residential properties.

On the other hand, installing a level 2 charging station at commercial or public places costs around USD 2,600. On top of that, installing a fast DC charger costs over USD 23,250 and necessitates extra operational services. In line with this, the onboard charger market is projected to continue experiencing strong growth momentum in the years to come.

The majority of charging stations throughout the globe consisted of AC power outlets. Inside the EV, on-board chargers convert AC electricity into DC. In contrast to DC charges, this procedure takes longer. Since the DC charging station itself changes the AC current into DC and directly charges the EV's battery, DC chargers allow for quicker battery charging.

However, setting up and operating of DC charging station is more expensive than an AC charging station. Without a competent Battery Management System (BMS), utilizing a DC charger more frequently might shorten the durability and reduce the efficiency of the battery in electric vehicles. These restrictions will be eliminated owing to technological developments in DC charging stations, which may lessen the market's reliance on EVs' onboard chargers.

Based on power output, the 11 kW-22 kW segment held the largest share of the onboard charger market in 2022. As per our findings, the market share of the segment was greater than 43%. The tri-phase AC 11-22 kW chargers take two to four hours to fully charge an electric vehicle. Public charging stations are frequently tri-phase AC chargers. As per data provided by Transport & Environment, 61% of the public charging stations across Europe utilize tri-phase chargers.

It is forecasted that the less than 11kW segment will register the fastest growth by 2030. In the upcoming years, the majority of electric cars are anticipated to include 6 kW to 11 kW on-board chargers. Less than 11 kW on-board chargers attribute improved charging effectiveness and maximum performance are anticipated to propel the segmental growth.

Based on vehicle type, the passenger car segment dominated the on-board charger market, accounting for a share of more than 36.5% globally in 2022. In 2021, over 6.6 million electric passenger cars were sold around the globe.

Based on propulsion type, the battery electric vehicle (BEV) segment generated more than 68% of revenue. Top automobile manufacturers like Mercedes Benz, Volkswagen, Audi, and others are the key contributor to the dominance of this segment. Following BEV, Plug-in Hybrid Electric Vehicles (PHEV) are projected to grow at the fastest CAGR until 2030.

In December 2022: Aptiv completed the acquisition of Wind River from TPG. Wind River, A leading provider of software for the intelligent edge. With this acquisition, the company is aiming to make mobility safer, greener, and more connected. Mission-critical intelligent systems can be developed, deployed, operated, and serviced thanks to Wind River software securely.

In July 2021: TESVOLT acquires a stake in STERCOM POWER SOLUTIONS. The company has made an investment in its remarkable high-performance storage systems and cutting-edge charging technologies

Asia Pacific onboard charger market generated a revenue of over USD 1.7 billion in 2022, which is around 39% of the global market revenue. Our study indicates that the regional market is likely to be fueled by favorable government initiatives to encourage the sale of electric vehicles across China, India, and Japan.

For instance, India is aiming to make 100% EVs by 2030. In line with this, the government has already taken initiatives and planned to install over 63,000 public charging stations around the country by 2032. Recently Mahindra Group has announced a plan to invest over USD 1.2 billion in establishing a new EV production plant in the country.

Europe is anticipated to have immense charging infrastructure expansion over the forecast period. As a result, most of the leading players in Europe are working hard to increase the number of EVs that they sell, which is further adding fuel to the on-board charger market revenue.

North America is one of the top regions which is encouraging EV adoption throughout the globe. By releasing cost-effective, cutting-edge BEV models like the Tesla X, companies like Tesla have seized the majority of the market share in the region. The company has also established a network of charging infrastructure. In short, regional growth is attributed to infrastructural accessibility, technological improvements, and product innovation, which all contribute to market growth. 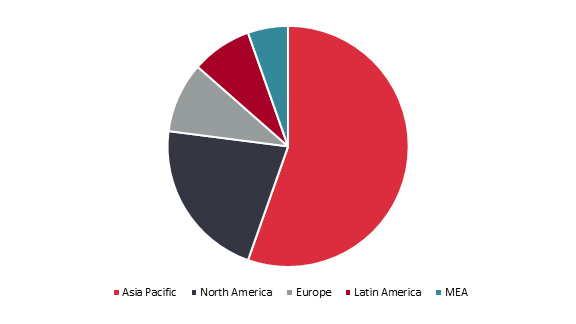 The global on-board charger market is segmented as follows:

Technology advancements in electric automobiles are expected to have a favorable market trend.
The global on-board charger market size was worth around USD 4.76 Billion in 2021 and is predicted to grow to around USD 14.27 Billion by 2030 with a compound annual growth rate of roughly 14.71% between 2022 and 2030.
Asia Pacific is dominating the market share of global on-board charger market owing to the increased government initiatives to encourage the sale of electric vehicles are highlighting the expansion of regional market.
Aptiv, AVID Technology, Inc., Bel Fuse Inc., Borgwarner Inc., BRUSA Elektronik AG, Delta Energy Systems, Eaton, Ficosa Internacional SA, innolectric, Stercom Power Solutions GmbH, STMicroelectronics, Toyota Industries Corporation amongst others.