Catamarans are multi-hulled boats that are used for luxury cruise. Catamarans were originally designed for sports or racing, but in recent years, they have also been produced for cruising. Catamarans are employed for a variety of purposes, including passenger transport and military activities, in addition to sports and leisure. Catamarans have several advantages over other marine options such as boats, yachts, and monohulls, including increased stability, speed, and maneuverability. As a result, catamarans are widely used for a variety of reasons, including sports and entertainment. Catamarans travel at an average pace of 300 nautical miles (560 kilometers) per day, with some athletic events reaching 400 nautical miles. Catamarans offer ample space, increased stability owing to the two hulls' support, level sailing due to the lack of heeling, and privacy. This is one of the primary advantages that have resulted in market expansion throughout the forecasted period. 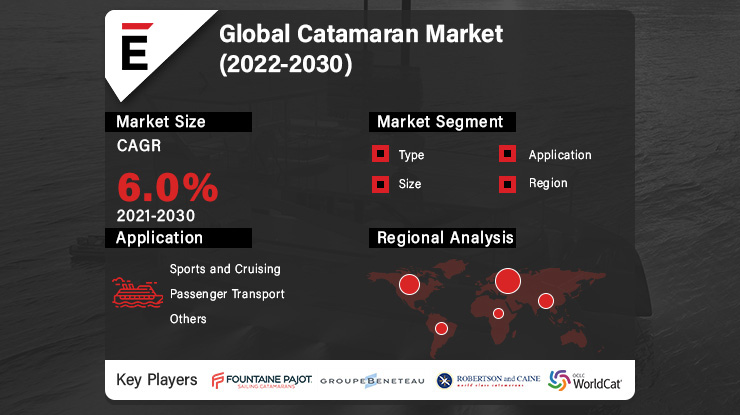 Due to government-imposed lockdowns to contain the COVID-19 epidemic, catamaran sales have been impeded all around the world. The market for catamarans has been hampered by disruptions in the travel and tourism industry. Due to relaxations offered by various governments following considerable decreases in COVID-19-infected patients, the industry saw a phenomenal rise beginning in mid-2021. In addition, post-pandemic, new product releases by industry players and increased club activities will produce a good market picture.

Catamarans have been more popular as a result of technological developments in cruises, such as greater speed and safety measures, as well as increased stability. It's becoming more popular for luxury and leisure applications, but it's also gaining traction in military operations and transportation. Catamarans have benefited from advancements in terms of reliability, increased speed, and stability, such as strong engines and long-lasting hulls, which have allowed them to cover longer distances in less time while providing increased comfort and safety. Racing events are increasing popularity, and customers are requesting sophisticated characteristics in catamarans, such as increased speed and durability, as well as more space and luxury.

Catamarans are popular for relaxing, cruising, and include features such as look over cabin tops, bridge deck clearance, and wide space, as well as various other advantages in comparison to speed and power catamaran. Catamarans like the Maine Cat Catamaran's Cat 38, Fountaine Pajot's Saona 47, and HH Catamarans' HH-55 are comfortable, high-performance, and easy-to-handle. Moreover, events hosted by Atlantic Rally, such as the World Cruising Events, are projected to contribute in market expansion over the forecast period. In addition, adult’s participation in boating is increasing, and the tourism business is growing, increasing market demand. Furthermore, an increase in cruising and racing events has boosted catamaran demand in the market. As a result, the automotive catamaran market is expected to increase in the near future. 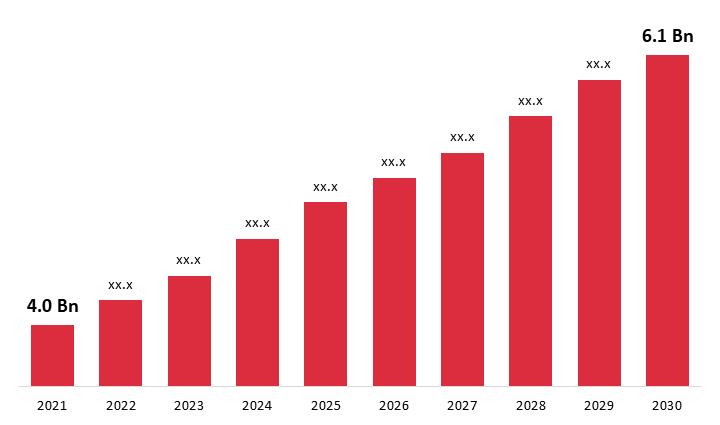 High investment is a major impediment to the industry's expansion. A large number of powered catamaran manufacturers appear to be experiencing cash flow issues and are having difficulty financing their operations. Companies must purchase components and assemble their crafts before they can be marketed as a finished product in this business model. As a result, the producer must invest a significant sum of money in the beginning to begin manufacturing. Furthermore, sales and construction of these motorized catamarans are projected to be hampered by fluctuating demand.

Europe is projected to hold a majority of share in the worldwide catamaran market and production industry owing to the technically advanced producing infrastructure required for world-class product ranges. Furthermore, the region is known for having the most experienced personnel, which has a significant impact on consumer demand for high-end performance catamarans.

North America is the second largest market for catamaran due to the widespread use of motorized catamaran in developed economies such as the United States and Canada. Powered catamarans are predicted to be in great demand in these two countries over the projection period. This increase can be attributable to the presence of established manufacturers in the region, such as Leopard Catamarans. Furthermore, several international exhibits held in this region may contribute to market expansion.

April 2021- Fountaine Pajot will be the first shipyard to use hydrogen as an alternative energy source on its catamarans. The EODev REXH2 hydrogen generator will be used to power the Samana 59 sailing multihulls as part of the Odyssea 2024 plan. The REXH2 will be able to deliver up to 70kW while also charging a 44kWh LiFePO battery intended for maritime applications.

January 2021- Dun & Bradstreet has announced the development of its future Brix Marine 4216 CTC boat. Volvo IPS 650 engines, a Dynamic Positioning system, and a Pullmaster hydraulic winch will be installed on the Catamaran.