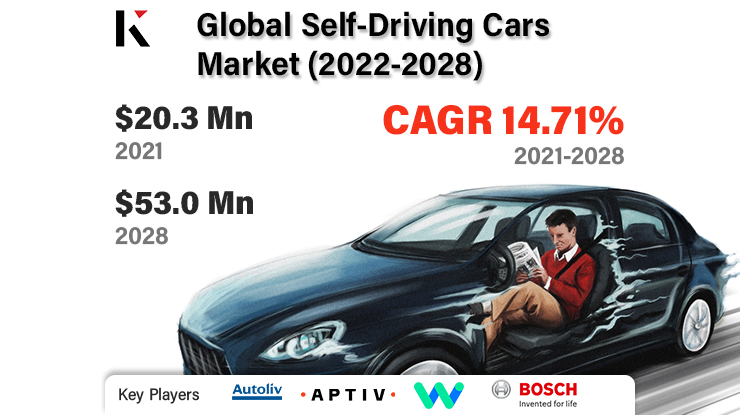 Self-Driving Cars are also known as autonomous cars, or driverless cars, that can automatically read and sense the environment. The Internet, Smart Technologies, Smartphones, and Computers merge with vehicles to assist and automate driving operations. These vehicles represent a major revolution in connectivity and automation technology.

Autonomous cars reduce road accidents, fuel consumption, and insurance costs. major auto manufacturers have a keen interest in the commercialization of these vehicles This is expected to drive market growth during the forecast period.

The development and testing of autonomous cars and improvement in sensor-processing technologies slowed down due to the COVID-19 pandemic. During the pandemic, manufacturing units and vehicle sales around the globe were significantly affected.

Rising health concerns have significantly affected the transportation industry as more travelers opt for personal transportation. Therefore, self-driving cars are an attractive solution as they comply with social distancing norms. During the pandemic, an autonomous car manufacturing company has received permission in California to run its vehicle. Development in Ride-Sharing Technology have propelled the Autonomous Cars Market

Autonomous cars can operate with minimal or no human input. The development of ride-sharing technology will fuel the growth of the market as several manufacturers  have invested  large amounts in the market.  For instance, Waymo LLC, has introduced self-driving taxis in Phoenix, Arizona, plans to expand. Several players such as Ford, General Motors, and Uber are also likely to introduce similar services in the future.

The revolution in automation and connectivity technology in the Self-Driving Cars Market has driven market growth, during the forecast period. Rapid improvement in high-definition mapping, vehicle-to-vehicle and infrastructure-to-vehicle communication, adaptive algorithms, and improvements in sensor-processing technologies are encouraging manufacturers to expand their production capacities and take autonomous cars to the next level.

Increasing adoption of autonomous cars   and convenience and comfort, and reducing operating costs. Also, leading manufacturers are highly focused on the development of fully automated cars.

The Asia-Pacific is the largest market for autonomous cars due to the growing consumer preference for advanced technology features. Major market players such as Baidu, Toyota, and others, are increasing investment in the research and development activity to expand production and achieve rapid technological advancement. Increasing demand for convenient driving experience and rising disposable income in emerging economies across the region are driving the self-driving cars market.

Europe is the second-largest market for autonomous cars due to rising investment in the automotive industry to increase market share in this region. The European Union (EU) announced co-operation on AI technology across the region is predicted to boost sales. 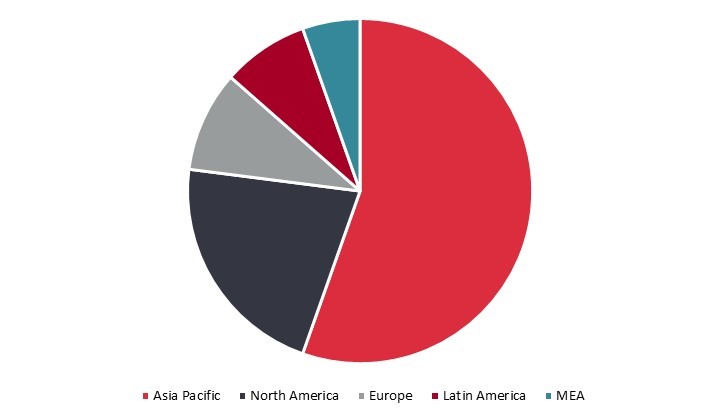 North America is the third-largest market for autonomous cars due to the high growth in the automotive industry and manufacturing industry. Growing AI technologies and increasing government investment in self-driving cars have rising market share during the forecast period.

September 2021- General Motors Co's venture capital arm announced an investment in a startup Oculii based in the US. Which develops software for radar sensors for self-driving cars. This investment will allow GM to use Oculli's low-cost software to boost the resolution of radars and scale up its partially automated vehicles and fully self-driving cars.

September 2021- Honda Motor Co., Ltd. announced the start of a testing program for autonomous vehicles, which was a step toward an autonomous vehicle mobility service (MaaS) business in Japan, which Honda is planning to launch under collaboration with Cruise and General Motors.