Automotive cruise control is a safety feature that allows the vehicle's cruise control to modify the vehicle's speed in response to the surrounding traffic. It does not rely on other vehicles for assistance, nor does it rely on roadside infrastructure or satellites to detect traffic conditions around the vehicles. Furthermore, it detects the distance between two cars using LiDAR, RADAR, or laser technologies and helps to change the speed accordingly. When a slow-moving vehicle is identified in front of the car, the system automatically slows it down to keep a safe distance between them. If the radar detects no impediment in the cruise control system's range, the vehicle will automatically accelerate to the cruise control speed. As a result, it automatically assists the driver in accelerating and decelerating the car in response to the surrounding traffic. It works in tandem with the collision avoidance system, which warns the driver if the car is approaching an impediment and thereby avoids a crash. 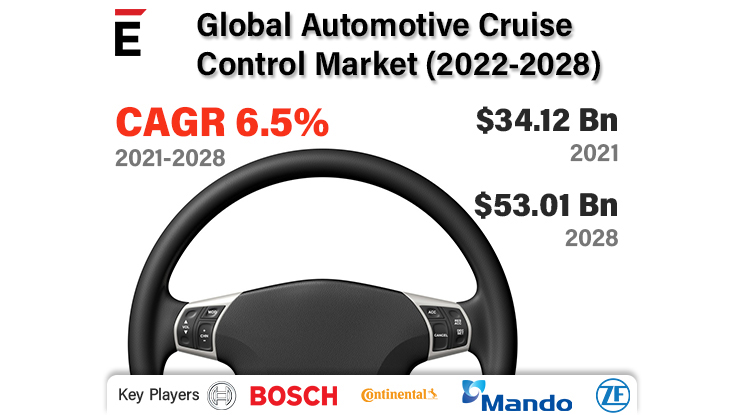 The global automotive sector has been impacted by the COVID-19 outbreak. The market's growth is expected to slow in 2020 due to supply chain disruptions, large-scale industrial interruptions, travel restrictions, and diminishing car sales.  Moreover, the demand for non-essential and luxury commodities has decreased as trade windows have been eliminated. This would have a simultaneous impact on the automobile industry and the cruise control system market. Furthermore, due to the shutdown, the manufacture of cruise control systems has been halted, and the supply chain has been interrupted. Also, the shift in consumer preference toward basic things will result in a considerable decline in new vehicle sales.

Sensors, cameras, radars, software algorithms, and other advanced driving systems are heavily used in autonomous vehicles. The ACC system is one of the most important components of autonomous vehicles since it aids in their operation. It's an advanced technology that adjusts speed automatically to keep a safe space among other vehicles in the same lane. This system consists of a longitudinal control strategy, a lateral control strategy, and an integrated decision unit that regulates speed, maintains a fixed lane and applies severe brakes to avoid crashes, making it an important component of autonomous cars.

Furthermore, the number of vehicle accidents is increasing every day. The introduction of autonomous vehicles with such systems will significantly lower the number and severity of road accidents, boosting demand for cruise control systems. 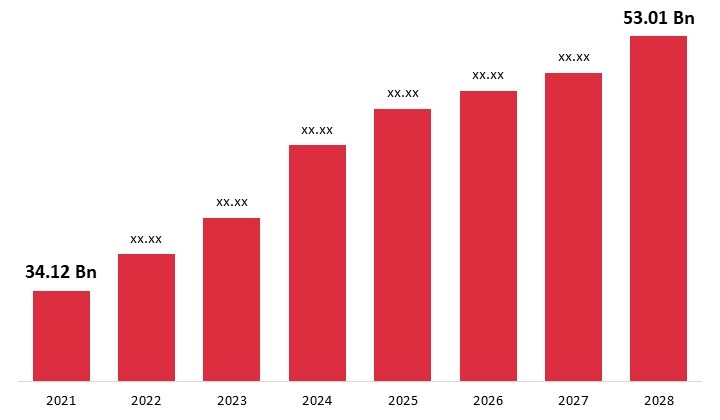 The cruise control market is being driven by consumer demand for sophisticated collision avoidance technologies. During the forecast period, the increased number of traffic incidents is expected to boost demand for these systems. Furthermore, the market's demand for cruise control is being fueled by advancements in the technology. The adaptive cruise control industry is being driven by rising consumer disposable income and a shift in customer choice for vehicles equipped with these technologies. One of the variables that will boost demand for these systems throughout the projection period is rising passenger automobile sales.

Extreme weather conditions such as fog, snow, and rain are projected to hamper the cruise control market's growth during the forecast period. Adaptive cruise control is ineffective in areas with harsh weather. The cost of installing these systems and tuning the radar system for the region and extreme weather increases the cost of the system. Each manufacturer creates high-end sensors that are very competitive in comparison to their competitors, making it difficult for the automobile owner to comprehend their precise function.

The Asia Pacific is the largest market for cruise control due to the major countries such as China, Japan, and India having made the installation of these systems essential in all vehicle categories. Rising technological developments in these systems have contributed to lowering its cost over the years. As a result, consumers' purchasing preferences are shifting from entry-level to mid-level vehicles.

North America is predicted to be the market's second-largest player. Manufacturers have been required to include safety devices in all models of automobiles due to stringent government restrictions implemented in this region. Another factor contributing to the region's second-largest market share is the region's early embrace of sophisticated technology. Europe is expected to grow strongly in the market. The presence of significant important companies in this region, as well as increased consumer awareness of vehicle safety, are projected to drive growth in the region.

January 2020- At the Consumer Electronics Show, Robert Bosch GmbH launched its long-range LiDAR for vehicles. Because this sensor combines both long and short-range radars, it can be used in both city centers and on highways.

January 2020- Luminar introduced perception engineering, or improved LiDAR technology for automobiles, to improve vehicle safety. It has a range of up to 250 m for detecting and classifying things in real-time.